‘- This is impossible!
– This is science!’ (with) Back to the future

Is it easy to make something new in the genre of animated series not for children? Probably not very much. First, it should be recognized that initially “Rick and Morty” probably was not easy to at least cut into this narrow area. After all, despite the vast breadth of monthly cartoon products (even such pearls as ‘Bojack’), it is clear that the formative in this genre were and are all the same three whales – the creation of Matt Groening, Seth MacFarlane and Trey Parker. It is interesting to note that they were once nonconformist projects that ridiculed the American way of life and established values, but now they are so embedded in the culture that they have become conservative.

For example, you can consider the established Patriarchy of the Simpsons or American dad. Most of the time is occupied by the adventures of the fathers of the family, the rest of the family members are awarded only a periodic full episode. In “Rick and Morty”, the concept of family is approached from the opposite side – through characters who always remain in secondary roles. The main characters are a grandfather who, according to the rules of society and the laws of nature, should be old enough to watch TV shows round the clock, and not travel to the galaxies, and a young boy Morty, not so old as to become a full-fledged problem teenager ‘Wonders of science’, but also far from a child from the sphere of “South Park”, looking at the world through the prism of an uncontrollable child’s imagination. In General, Morty is a kind of frozen embodiment of an elusive, invisible transition state that is almost never recorded, even by psychoanalysts. Meanwhile, this age of the half-life epoch carries great potential for research. Against the background of his older sister, beset by emasculated problems of manifesting sexuality and social adaptation, the inner world of Morty, an idealist, romantic, moral researcher of his own Self, is a charming phenomenon. However, the sister is also definitely a positive character, endowed with a sincere naturalness, which can not be said about the formal foundations of” nepotism”, namely, the head of the family and his wife. They are given a minimum amount of time, which is used exclusively for sketches that ridicule the stupidity, ideological laziness of these characters and the atrophy of the creative imagination of the characters.

Of course, the epicenter of the series is Rick, the main generator of ideas, creating a variety of”adventures”. He is also a representative of the main ideological background of the series, a fresh stream dispersing the murky haze of frozen concepts of other family cartoons. Watch 4th season of Rick and Morty on 123movies new site.

The family life of the so-called prosperous majority of our civilization is so dry and meaningless that over time it becomes simply unbearable (let’s look at the statistics on the growth of divorce). In order to somehow maintain the illusion of co-existence, it is subjected to all sorts of movie interpretations and is artfully played with the help of kind aliens who are not indifferent to cats, huge St. Bernards, affectionate ghosts, etc. 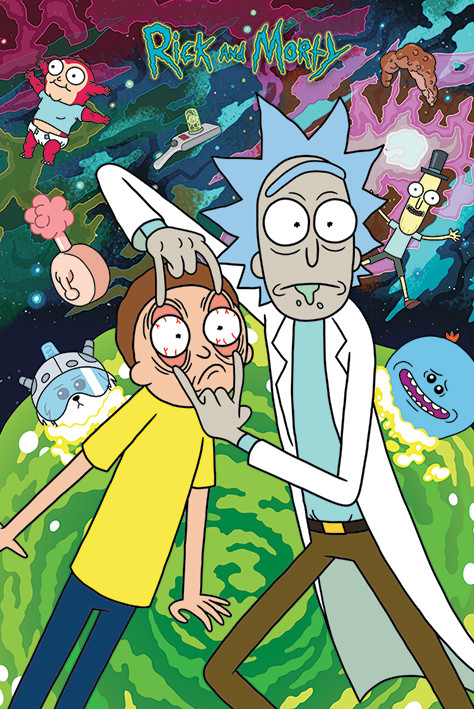 It is interesting that Homer Simpson or Stan Smith, who are also a kind of detente for the traditional family ideology, nevertheless still exist in its field. Rick Sanchez-a qualitative leap forward to the re-evaluation of all values. He suggests looking at things “sub specie aeternitatis, i.e. from the point of view of eternity. Using the good old Leibnizian concept of the infinity of worlds, and supporting it with scientific evidence in the form of an interdimensional teleporter, he argues that everything in this world is relative-personality, family, studies, and even emotional attachment, such as love for his main partner and colleague Morty, has no higher value. Many emotional constructions of a number of episodes are based on this conflict of mind and feelings, but we note that the authors never allow themselves to slip into false pathos or idealistic propaganda, maintaining their strictly critical position to the end.

In itself, the character of Rick as a whole is inextricably linked to everything that happens on the screen and it is not completely clear what is still a great artistic achievement of the creators – the so-called “adventures”, knocking the viewer off their feet with their extravagance and crazy innovative ideas, or a monolithic figure of the ‘hero of our time’, woven from nihilism, disgust, untidiness and Nietzschean cruelty. For example, we can consider, in my opinion, the best episode of the series – where Rick, through scientific manipulation, turns himself into a pickle, for the most part, only in order not to go with the family to a psychoanalyst. Being left unattended, he is eventually washed down the sewer, where he, fighting for life, ends up in a rat den. It is pointless to describe what is happening on the screen further, but it is worth noting that in the end, the guise of a cucumber did not prevent Rick from not only dealing with an army of secret agents, but also to defend his scientific beliefs to the family of a shrink, trampling the entire system of Freudianism to powder. As a result, this repulsive character, a systematic egocentric, finishing off the moral canons, has already become a cult figure, which many people are happy to see every day on their body in the form of a colorful tattoo. After all, his detachment and self-confidence, genius and willpower, perspective thinking and moral evolution can not but attract.

It is worth noting that the scientific and technical concept of the series sounds synchronously with the series “Black mirror”, successfully overlapping with the wave of interest in NTR. However, the same problems of the constancy of the human “I” in the face of new scientific discoveries and modern technologies, oddly enough, in “Rick and Morty” are considered to the end, and not thrown halfway in hopeless despair. The transfer of personality to other objects, the journey to the beyond galaxies, the questions of life and death in the conditions of cloning-in the animated series generally ceases to be a problem. Science is made for man, not the other way around, so let’s have a foam party for the whole Universe!

As for the technical side of the series, it is initially clear that in order to implement all the crazy fantasies of the authors in the conditions of a meager budget, it was necessary to use not the most advanced graphics. Many people may even be scared by the almost caricature rendering and angularity of the image. However, from the very beginning, the creators tried to use the advantages of this visual approach with maximum effectiveness – for the viewer, it is not the image itself in its super-detailed embodiment, but only its concept or contour, whether it is other worlds, beings or situations, and this starting push gives more scope to the imagination. And in the very stylistic approach, in some ways, there is also a rebellion against the current conventions with their super-precise, hyperrealistic rendering. By the third season, the authors have managed to do their best-the dynamics and juiciness of the picture have increased qualitatively,but the usual vintage style has not gone away.

In summary, we note that the series works flawlessly at all levels-technical, ideological, educational and entertainment. The theme and characters of the characters are far from exhausted. Let’s hope that the creators will have the strength to withstand the burden of cult status and continue with the same ease, carelessness and charm to carry so much loved by many genius and soulful philosophy of universal frenzy.

‘To live is to risk everything. Otherwise, you are just a sluggish bunch of randomly assembled molecules floating in the current of the Universe.'(C) Rick

Not a member yet? Join Now Back to login